Understanding antimicrobial use in livestock through the structure of the veterinary drug market: Reflections from the French case 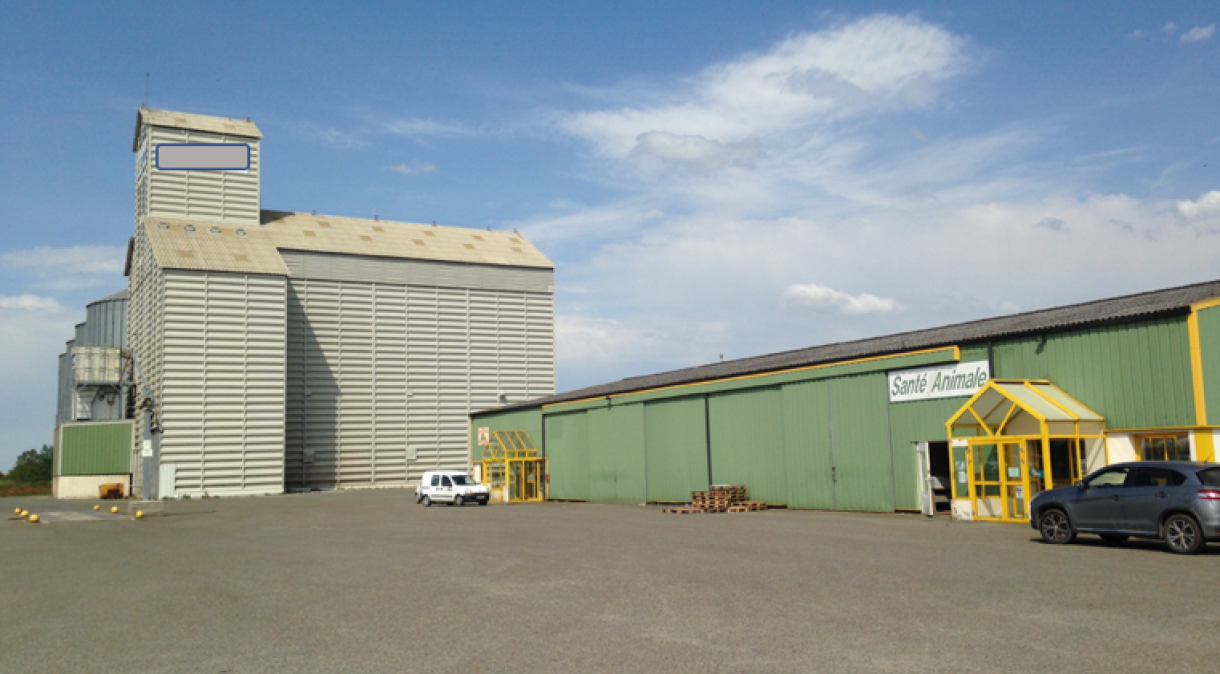 For more than half a century in France, intensive and industrial livestock farming has developed in line with an ever-increasing dependence on antibiotics. The professional expertise of veterinarians has supported this model of animal health, based on continuous herd medication to increase the yields of the agri-food industry. It is not possible to understand these shifts in antimicrobial use (AMU) in livestock farming, however, without unravelling the socioeconomic infrastructures on which they rely. The professional expertise of veterinarians has developed in step with a particular structure of the French veterinary drug market, giving them not only a medical, but also an economic monopoly, on antibiotics for livestock. This combination of factors has led to a situation where pharmaceuticals sit at the heart of industrial livestock farming and its specialized veterinary services. This link between the practices, knowledge and technologies of veterinary medicine and the veterinary drug market functions is what I am calling the economic structure of professional expertise. In this commentary piece, I will explain how this link has been made in the French case, and present some reflections on how current antimicrobial resistance (AMR) policies are trying to address this issue.

This work is based on the research I am starting this year within the AMAGRI project (Antimicrobials in agriculture: actors, practices, conflicts). It is a grant funded by the French National Research Agency (ANR – equivalent to the Research Councils in the UK) that I obtained with fellow sociologists, historians and economists. The project is a critical examination of the French veterinary drug market regulatory system and the evolution of the professional and economic models of rural veterinary medicine. The objective is to understand how antibiotic dependence is linked to the emergence of a particular kind of veterinary expertise since the 1970s, and what transitions can now be observed towards forms of “antibiotic abstinence”, whether it concerns the emergence of new types of contractual arrangements between veterinarians and their clients, strategies for diversifying veterinary services (and their economic valuation) or the development of alternative and preventive approaches to animal health. My personal research focuses on veterinarians working in industrial livestock farming: I am currently tracking down the pioneering vets who created the first practices specializing in intensive pig and poultry production in western France in the 1970s and 1980s.

The birth of an “industrial” veterinary medicine

Interviews with vets have revealed fascinating narratives of young veterinarians trained between the late 1960s and early 1970s, already critical of their profession at the time. They explain that their professional training did not equip them to attend to the new and rapidly developing intensive farming industries. Until the 1990s, they explain, pigs and poultry were not “noble” animals, and veterinary schools provided almost no education about them or about the particular diseases that industrial farming conditions might enable. This situation prompted these veterinarians to pursue additional training, charting their own course in the landscape of industrial farming. This included the famous course on the epidemiology of infectious diseases at the Pasteur Institute in Paris, and through novel collaborations for the time, including interdisciplinary work with agronomists, epidemiologists, microbiologists and even economists, working in contexts such as international cooperation (in southern countries), pharmaceutical companies or animal feed industries.

For these veterinarians who were attracted by the ‘adventure’ of industrial farming, there was much to be invented and nothing to be ashamed of. It was a moment of discovery, invention and entrepreneurship, in a new field that they self-termed “industrial veterinary medicine”.  Their narratives evoke stimulating situations where they had to work with the means at hand to understand new diseases and find innovative solutions. For example, they tell how they had to manufacture drugs by themselves because no pharmaceuticals adapted to these animals (and their diseases) yet existed on the market, or how they set up makeshift clinical laboratories to perform the bacteriological analyses required for diagnosis. These descriptions illustrate the raison d’être of these veterinarians who sought to invent a medicine adapted to industrial and intensive livestock farming that was interdisciplinary in terms of approach, service and practice, and not solely limited to diagnosis or therapy, but also included developing expertise in the areas of biosecurity, animal feed, and building management. Nevertheless, even though this approach could in many respects convey the model of preventive veterinary medicine so dearly defended today to limit AMU, a strong dependence on antibiotics developed within this area of specialised veterinary services.

Indeed, the first interviews indicate that, although veterinary expertise was by then already extremely diversified, its economic model was largely based on drug sales, especially antimicrobials, which was one of the only pharmaceuticals on which veterinarians had a monopoly, unlike vaccines for example that could be sold by agricultural cooperatives as well. Although this dependence remains difficult to define precisely, one can rely on various documents to understand the situation. For example, a veterinary thesis on the structure of the drug market estimated that in 1984, 30 to 40% of incomes from rural veterinary practices came from drug sales (Rivière, 1984). In 2013, however, a report of the Conseil Général de l’Alimentation (The Food Council, an expert body of the Ministry of Agriculture) suggests a figure of 60-90% (Dahan et al., 2013).

What happened, that in less than 30 years, the economic dependence on antibiotics doubled, or even tripled in the veterinary sector? Our research suggests that industrial veterinary care practices have developed in connection with the veterinary drug market and intensive livestock farming, with pharmaceuticals at their heart. Two dynamics seem to explain this process.

The economic structures of AMU

First, strong professional competition quickly developed amongst these pioneering industrial veterinarians. Between independent vets, who quickly opened satellite clinics to cover larger geographical areas (and meet growing demand), and vets employed by agricultural cooperatives, the creation and development of a stable clientele was a major challenge. Traditional veterinarians (specialized in bovine or equine medicine) were also competing for market share, and able to capture certain segments of the market at that time. While further research is needed, what is so far relatively clear, is that this competitive context favoured the development of an economic model that was based on sale of inputs to fund all other services (typical of the agricultural economic landscape more broadly). In this case, the sale of medicines has gradually become almost the sole economic transaction between veterinarians and their clients, in turn constituting a captive market: to benefit from the full range of services that a veterinarian could offer, the farmer had to buy into the medicines.

Secondly, the veterinary drug market was structured from the 1970s onwards in such a way that the veterinary profession had significant control over it: not only over prescription and delivery, but also over wholesale distribution. Indeed, as the rapid growth of intensive livestock farming considerably increased the need for pharmaceuticals, these pioneering veterinarians sought to develop wholesaling (and sometimes manufacturing) activities in order to supply their networks of veterinary practices, which would soon become franchised clinics, with a range of standardised pharmaceuticals adapted to these animals and farms. As some veterinarians told me, in order to keep pace with the growing concentration, and vertical integration, of the livestock industry, veterinary services had to be organised in the same way. In such a configuration, the economic structure of veterinary expertise couldn’t do anything else but rely on pharmaceuticals: some veterinary practices created wholesales companies which became intermediaries between the veterinary practitioners and the pharmaceutical industries, to both supply the market and capture a significant share of the incomes generated by antibiotic sales.

What does this brief review and history of the French veterinary drug market teach us? First, understanding the practices, knowledge and technologies around AMU is of course very important. But we can’t grasp them entirely if we don’t also understand the economic structures they rely on. In this commentary piece, I’ve tried to analyse this antibiotic dependence by outlining how the development of veterinary expertise on industrial livestock disease, and of the veterinary drug market, are closely entangled, by thinking through “the economic structure of professional expertise”.

Second, the way the French veterinary drug market has been structured over the last few decades points out something of a paradox. Indeed, contemporary debates on how to reduce AMU in livestock insist on the need to develop preventive approaches towards animal health in order to diversify veterinary services and to rely less on pharmaceuticals (and their sales). But what this ongoing research shows is that preventive veterinary medicine has actually existed all along within industrial livestock farming, and it is actually the economic dependence on drug sales which has fostered the rise in AMU. Interventions, then, may need to be a little more complex than expected: what veterinarians have to do is not (only) to invent a new form of professional expertise but also to ground it on other economic structures and models.

Consequently, AMR policies miss the main point when they only (or mostly) focus on “attitudes”, behaviours” and “representations” towards AMU: both social theory and historical facts teach us that practice and knowledge are shaped by socioeconomic and sociotechnical infrastructures, and not the opposite. If AMR policies remain blind to this, then there is significant risk of their failing. While certain shifts are taking place (for example, the French AMR policy has restricted the allowed margins made on antibiotic sales for veterinary practitioners), further research is still required.

Pharming animals: A global history of antibiotics in food production (1935–2017)