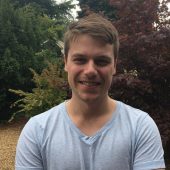 The old woman called through to her daughter, “come, come and see this”. Her daughter, who was busy frying fritters to sell locally, the family’s main source of income, abandoned her cooking and came closer. The woman’s eight grandchildren, who had been playing in the bedroom, came to join us when they heard the call. The whole family wanted to see the bag of medicines brought to their home.

We were in a flat in Harare’s oldest township, Mbare, a place known for its history of political struggle, its vibrant markets (where one can get “anything and everything”, as the saying goes), as well as its grinding poverty. We were there as part of the FIEBRE study, a multidisciplinary study exploring febrile illness and antibiotic use in Africa and South-East Asia. This project takes place at a time in which growing concerns around antimicrobial resistance (AMR) have cast a spotlight on the so-called ‘irrational’ ways in which people in low- and middle-income countries are using antimicrobial medicines (WHO 2015; O’Neill 2016). The selling of antibiotics alongside tomatoes and cooking oil in Mbare’s sprawling marketplaces is precisely the kind of unregulated practice that has sparked anxieties in the global north over an impending “antibiotic apocalypse”.

Unsettled by the decontextualized ways in which ascriptions of ‘rational’ and ‘irrational’ are typically made, as medical anthropologists we are currently are exploring novel methodological tools to help understand the situated logics of antibiotic use (ABU) in resource-limited settings. One of the difficulties of studying ABU at the community level is that the ways in which people recognise and categorise these medicines do not always map onto the concepts and categories of biomedicine. Indeed, they may not use notions like ‘bacteria’ and ‘antibiotic’ at all (Haenssgen 2018). To this end, we developed what we call the ‘drug bag’ method. This method involves compiling an exhaustive collection of antibiotics within a given study area, then using the resulting ‘drug bag’ (aided by Open Data Kit) to conduct a series of simple pile sorting exercises (Bernard 2011) in people’s homes to find out which ones they recognise, use and can(not) access. Our thinking was if we wanted to produce useful data about ABU without assuming that people deploy the biomedical terms for them, we had to bring the medicines with us.

In Mbare, the older woman led the exercise, picking up the first drug she recognised and, turning to her daughter, said, “Uncle used this when he was sick.” Together with her daughter and the older grandchildren, they narrated how an elderly relative was sent to stay with them when he was sick, each bringing new details to the story. Her daughter then picked up another drug (cotrimoxazole); her sister was recently given this one at the hospital following her HIV diagnosis. The drug was given for free on the HIV programme. Once the family had assembled a pile of drugs they recognised from our bag, we moved to the next exercise. Using the pile of recognised medicines, we asked about the ones they used regularly and any they had had difficulty accessing. The older woman picked out doxycycline; this one they bought from a local market vendor. Together with her daughter, they described the long waits at the clinic and the crippling user fees imposed every time they visited. By contrast, the market vendor sold the drug cheaply and in the vicinity of their home. Buying from her meant they did not have to pay for transportation, wait in long queues at the clinic, or pay user fees. Once we completed the exercise and were leaving the flat, the woman called to her neighbour, “you must meet these people and see their bag!”

As these insights from Zimbabwe suggest, the drug bag method has proven to be a practical, social and often fun way of engaging people about antibiotics – something which we have found to be true across our study sites. In fact, we did not initially realise just how valuable the method would prove to be for grounding and orienting our research. What started out as a simple idea to exploit the materiality of medicines to produce ABU data has turned out to be a powerful tool for bridging ‘local’ and ‘global’ categories and for demonstrating just how rational the so-called ‘misuse’ of antibiotics often is in contexts of extreme scarcity. Our findings from using the drug bag method are, in turn, taking our longer-term fieldwork activities in unexpected and fascinating directions.

Post-Pasteurian Cultures: The Microbiopolitics of Raw-Milk Cheese in the United States

Your Pocket Is What Cures You: The Politics of Health in Senegal