The politics of care in technoscience 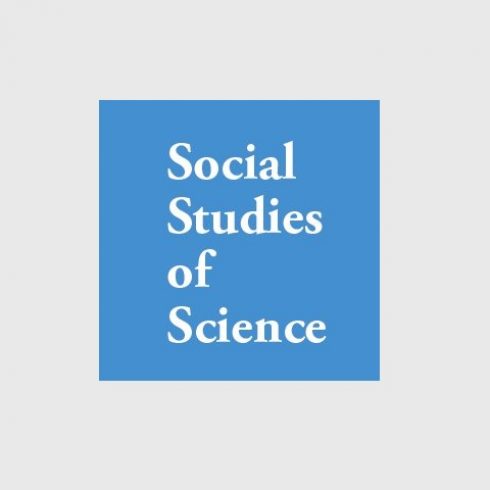 In this special issue of Social Studies of Science, each contributor approaches the topic of care within technoscience with a lens that privileges the power relations that entangle humans and more-than-human others, carefully articulating “a feminist politics of care” (626). These articles each grapple with ‘darker’ sides of care: “The essays in this Special Issue speak to this complexity, showing how acts of care are always embroiled in complex politics. Care is a selective mode of attention: it circumscribes and cherishes some things, lives, or phenomena as its objects. In the process, it excludes others. Practices of care are always shot through with asymmetrical power relations: who has the power to care? Who has the power to define what counts as care and how it should be administered? Care can render a receiver powerless or otherwise limit their power. It can set up conditions of indebtedness or obligation. It can also sediment these asymmetries by putting recipients in situations where they cannot reciprocate. Care organizes, classifies, and disciplines bodies. Colonial regimes show us precisely how care can become a means of governance. It is in this sense that care makes palpable how justice for some can easily become injustice for others…How then do we grapple with and ‘unsettle’ easy assumptions about care” (627).

Each of these articles in this Special Issue consider this final question.

Caring for nanotechnology? Being an integrated social scientist, by Ana Viseu

One of the most significant shifts in science policy of the past three decades is a concern with extending scientific practice to include a role for ‘society’. Recently, this has led to legislative calls for the integration of the social sciences and humanities in publicly funded research and development initiatives. In nanotechnology – integration’s primary field site – this policy has institutionalized the practice of hiring social scientists in technical facilities. Increasingly mainstream, the workings and results of this integration mechanism remain understudied. In this article, I build upon my three-year experience as the in-house social scientist at the Cornell NanoScale Facility and the United States’ National Nanotechnology Infrastructure Network to engage empirically and conceptually with this mode of governance in nanotechnology. From the vantage point of the integrated social scientist, I argue that in its current enactment, integration emerges as a particular kind of care work, with social scientists being fashioned as the main caretakers. Examining integration as a type of care practice and as a ‘matter of care’ allows me to highlight the often invisible, existential, epistemic, and affective costs of care as governance. Illuminating a framework where social scientists are called upon to observe but not disturb, to reify boundaries rather than blur them, this article serves as a word of caution against integration as a novel mode of governance that seemingly privileges situatedness, care, and entanglement, moving us toward an analytically skeptical (but not dismissive) perspective on integration.

Abyssal intimacies and temporalities of care: How (not) to care about deformed leaf bugs in the aftermath of Chernobyl, by Astrid Schrader

Prompted by a classroom discussion on knowledge politics in the aftermath of the Chernobyl disaster, this article offers a reading of Hugh Raffles’ Insectopedia entry on Chernobyl. In that entry, Raffles describes how Swiss science-artist and environmental activist Cornelia Hesse-Honegger collects, studies, and paints morphologically deformed leaf bugs that she finds in the proximity of nuclear power plants. In exploring how to begin to care about beings, such as leaf bugs, this article proposes a notion of care that combines an intimate knowledge practice with an ethical relationship to more-than-human others. Jacques Derrida’s notion of ‘abyssal intimacy’ is central to such a combination. Hesse-Honegger’s research practices enact and her paintings depict an ‘abyssal intimacy’ that deconstructs the oppositions between concerns about human suffering and compassion for seemingly irrelevant insects and between knowledge politics and ethics. At the heart of such a careful knowledge production is a fundamental passivity, based on a shared vulnerability. An abyssal intimacy is not something we ought to recognize; rather, it issues from particular practices of care that do not identify their subjects of care in advance. Caring or becoming affected thus entails the dissociation of affection not only from the humanist subject, but also from movements in time: from direct helping action and from the assumption that advocacy necessarily means speaking for an other, usually assumed to be inferior.

The dominant drive for understanding soil has been to pace its fertility with human demand. Today, warnings about soil’s exhaustion and endangered ecology raise concerns marked by fears of gloomy environmental futures, prompting scientists and soil practitioners urgently to develop better ways of taking care of soils. Yet the pace required by ecological soil care could be at odds with the predominant temporal orientation of technoscientific intervention, which is driven by an inherently progressivist, productionist and restless mode of futurity. Through a conceptual and historical approach to the soil sciences and other domains of soil knowledge, this article looks for soil ontologies and relations to soil care that are obscured by the predominant timescape. Contemporary discussions of the future of the soil sciences expose tensions between ‘progress as usual’ – by intensifying productivity – and the need to protect the pace of soil renewal. The intimate relation of soil science with productionism is being interrogated, as ecology attempts to engage with soil as a living community rather than a receptacle for crops. In this context, and beyond science, the ‘foodweb’ model of soil ecology has become a figure of alternative human–soil relations that involve environmental practitioners in the soil community. Reading these ways of making time for soil as a form of ‘care time’ helps to reveal a diversity of more-than-human interdependent temporalities, disrupting the anthropocentric appeal of predominant timescales of technoscientific futurity and their reductive notion of innovation.

Responding to the call by Maria Puig de la Bellacasa for Science and Technology Studies to take up ‘matters of care’, this article cautions against equating care with positive feelings and, in contrast, argues for the importance of grappling with the non-innocent histories in which the politics of care already circulates, particularly in transnational couplings of feminism and health. The article highlights these histories by tracing multiple versions of the politics of care in a select set of feminist engagements with the pap smear and cervical cancer. Drawing on postcolonial and indigenous feminist commitments, as well as amplifying Donna Haraway’s call to ‘stay with the trouble’, the article seeks to disturb hegemonic histories and arrangements of race, colonialism, and political economy, while simultaneously valuing divergent multi-local itineraries as relevant to technoscientific matters of care. This call for a politics of ‘unsettling’ care strives to stir up and put into motion what is sedimented, while embracing the generativity of discomfort, critique, and non-innocence.

This collaborative article, written by graduate students who attended the Politics of Care in Technoscience Workshop, brings the themes in this volume to bear on their own developing science and technology study projects and research practices. Exploring the contours of five specific moments where questions of care have arisen in the course of their everyday research, they do not find a single or untroubled definition of care; instead, care is often a site of ambivalence, tension, and puzzlement. However, despite this uneasiness, they argue that taking the time to reflect on the multiple, sometimes conflicting, forms and definitions of care within a specific research context can inform the way that science and technology studies scholars envision and conduct their work.

Why India cannot plan its cities

Nothing Comes Without Its World: Thinking with Care