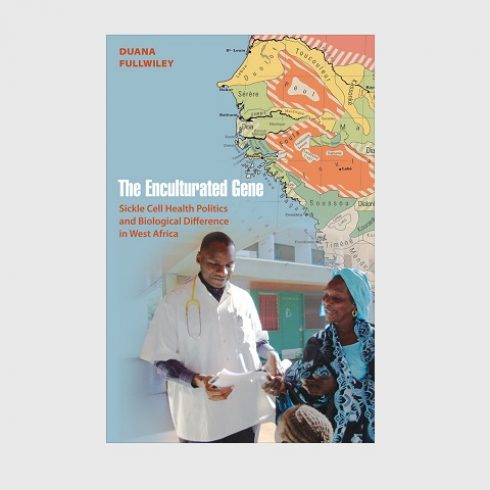 In the 1980s, a research team led by Parisian scientists identified several unique DNA sequences, or haplotypes, linked to sickle cell anemia in African populations. After casual observations of how patients managed this painful blood disorder, the researchers in question postulated that the Senegalese type was less severe. The Enculturated Gene traces how this genetic discourse has blotted from view the roles that Senegalese patients and doctors have played in making sickle cell “mild” in a social setting where public health priorities and economic austerity programs have forced people to improvise informal strategies of care.

Duana Fullwiley shows how geneticists, who were fixated on population differences, never investigated the various modalities of self-care that people developed in this context of biomedical scarcity, and how local doctors, confronted with dire cuts in Senegal’s health sector, wittingly accepted the genetic prognosis of better-than-expected health outcomes. Unlike most genetic determinisms that highlight the absoluteness of disease, DNA haplotypes for sickle cell in Senegal did the opposite. As Fullwiley demonstrates, they allowed the condition to remain officially invisible, never to materialize as a health priority. At the same time, scientists’ attribution of a less severe form of Senegalese sickle cell to isolated DNA sequences closed off other explanations of this population’s measured biological success.

The Enculturated Gene reveals how the notion of an advantageous form of sickle cell in this part of West Africa has defined–and obscured–the nature of this illness in Senegal today.

Duana Fullwiley is associate professor of anthropology at Stanford University.

The Charm of Medicines: Metaphors and Metonyms