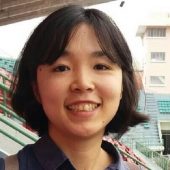 How are antibiotics a kind of infrastructure that enable farmers to grow oranges in large orchards?

‘Aw, good oranges. They are bright orange. Round, the size of our fist,’ respond the boys, holding out their tightly gripped hands. They’ve just finished their morning Thai class. Not too far away, their parents, the majority economic Tai Yai (Shan) migrants and refugees from Myanmar/Burma, are working in the July monsoon heat to ensure the orchard yields good oranges for sale across Thailand.

The round orange is familiar to most of us. But as consumers, rarely do we see the various practices required to grow such oranges. Recently, orange orchards have drawn the attention of some of us studying antimicrobials. Photos and videos have revealed previous unknown antibiotic practices to those of us now somewhat familiar with their use in humans and domesticated animals. But even some of us were taken by surprise by their use in oranges, and equally by the nature of their administration: intravenous ‘injections’ into the trunk of orange trees.

As anthropologists, one of our aims is to make the familiar strange and the strange familiar (Rosaldo 1993). We do this through careful in-depth ethnographic research, so as to bring to the fore that which is frequently taken for granted as ‘common sense’ or in other circumstances, as exotic, strange and unfamiliar. The image of ‘injecting’ orange trees with antibiotics is unfamiliar to most who consume oranges, but it has a relatively long history (see for example, Aubert and Bové 1980), perhaps even comparable to that of livestock (see for example, Kirchhelle 2018).

In the north of Thailand, longan and lychee were a common fruit crop since the 1950s. However, in the early 2000s a number of farmers begun to cultivate oranges following the pioneering work of a migrant businessman, who turned larger profits from his oranges compared to the commonly cultivated longan and lychee, at the time.

His ‘good’ oranges were round, bright orange, unblemished and their plentiful yield was attractive to other farmers. But, in order to produce them at a profitable scale, they required larger upfront investments, both in time and money compared to the other fruit crops grown. These investments were essential to cover the costs of the chemical fertilisers, pesticides, herbicides and workers, as well as the three years before their trees started to yield all year-round ‘good’ oranges. The high upfront costs for planting and growing oranges, meant that some farmers got into large amounts of debt, leaving both farmers and their oranges vulnerable.

Sometime in 2010 – 2011 citrus greening disease was reported in northern Thailand. Many orange orchards were infected. Farmers needed to respond rapidly to the spread of this bacterial disease, or risk facing a disaster. A year or two following the initial identification of citrus greening disease, knowledge of the success of antibiotics, specifically ampicillin, in treating and protecting their orange trees disseminated quickly amongst farmers. The farmers we worked with were unsure as to the origin of this knowledge, but they emphasised the observable potency. The farmers explain how the orchards were ‘reborn’ via ampicillin: a thin and weak trunk became a strong stem, a pale and yellow leaf returned to a fresh green, a bruised and black fruit became a bright orange. Even though the farmers lacked the complete understanding of the scientific mechanisms of how the antibiotic affected their  fruits, the observable changes they described were evidence enough to them of its effectiveness. Furthermore, since antibiotics are a common medicine in Thailand, they were not overtly worried that they would affect the safety of their oranges for consumption.

Antibiotics allowed the orange orchards of some farmers to recover from citrus greening disease. But not all farmers were so fortunate. Antibiotic treatment arrived too late for some farmers who lost many or all of their trees to citrus bacterial infection, ending up with large amounts of debts, facing bankruptcy. For those that did recover, as one farmer described them, ‘antibiotics were angels’. They play a central role in producing ‘good’ orange oranges and in doing so, they helped alleviate farmers’ fears of crop failure, maximised their profits, while also forming an important aspect of migrant workers’ labour.

Within this context, injecting antibiotics into orange does not seem so strange after all.

Biocapital: The Constitution of Postgenomic Life