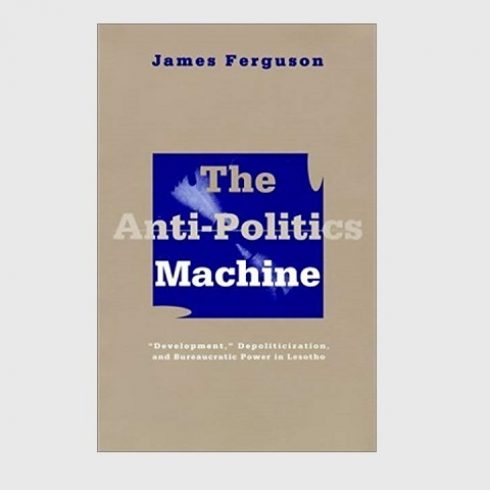 Development, it is generally assumed, is good and necessary, and in its name the West has intervened, implementing all manner of projects in the impoverished regions of the world. When these projects fail, as they do with astonishing regularity, they nonetheless produce a host of regular and unacknowledged effects, including the expansion of bureaucratic state power and the translation of the political realities of poverty and powerlessness into “technical” problems awaiting solution by “development” agencies and experts. It is the political intelligibility of these effects, along with the process that produces them, that this book seeks to illuminate through a detailed case study of the workings of the “development” industry in one country, Lesotho, and in one “development” project.

Using an anthropological approach grounded in the work of Foucault, James Ferguson analyzes the institutional framework within which such projects are crafted and the nature of “development discourse,” revealing how it is that, despite all the “expertise” that goes into formulating development projects, they nonetheless often demonstrate a startling ignorance of the historical and political realities of the locale they are intended to help. In a close examination of the attempted implementation of the Thaba-Tseka project in Lesotho, Ferguson shows how such a misguided approach plays out, how, in fact, the “development” apparatus in Lesotho acts as an “anti-politics machine,” everywhere whisking political realities out of sight and all the while performing, almost unnoticed, its own pre-eminently political operation of strengthening the state presence in the local region.