Reform, Resistance, and the Pursuit of a Rational Therapeutics 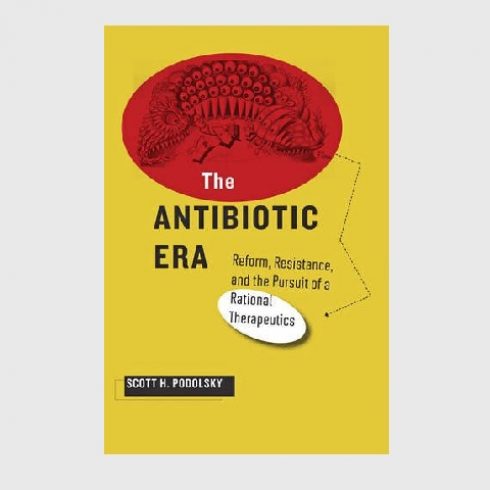 In The Antibiotic Era, physician-historian Scott H. Podolsky narrates the far-reaching history of antibiotics, focusing particularly on reform efforts that attempted to fundamentally change how antibiotics are developed and prescribed. This sweeping chronicle reveals the struggles faced by crusading reformers from the 1940s onward as they advocated for a rational therapeutics at the crowded intersection of bugs and drugs, patients and doctors, industry and medical academia, and government and the media.

During the post–World War II “wonder drug” revolution, antibiotics were viewed as a panacea for mastering infectious disease. But from the beginning, critics raised concerns about irrational usage and overprescription. The first generation of antibiotic reformers focused on regulating the drug industry. The reforms they set in motion included the adoption of controlled clinical trials as the ultimate arbiters of therapeutic efficacy, the passage of the Kefauver-Harris amendments mandating proof of drug efficacy via well-controlled studies, and the empowering of the Food and Drug Administration to remove inefficacious drugs from the market. Despite such victories, no entity was empowered to rein in physicians who inappropriately prescribed, or overly prescribed, approved drugs.

Now, in an era of emerging bugs and receding drugs, discussions of antibiotic resistance focus on the need to develop novel antibiotics and the need for more appropriate prescription practices in the face of pharmaceutical marketing, pressure from patients, and the structural constraints that impede rational delivery of antibiotics worldwide. Concerns about the enduring utility of antibiotics—indeed, about a post-antibiotic era—are widespread, as evidenced by reports from the Centers for Disease Control and Prevention, academia, and popular media alike. Only by understanding the historical forces that have shaped our current situation, Podolsky argues, can we properly understand and frame our choices moving forward.