PINTAR Study: Protecting Indonesia from the threat of antimicrobial resistance 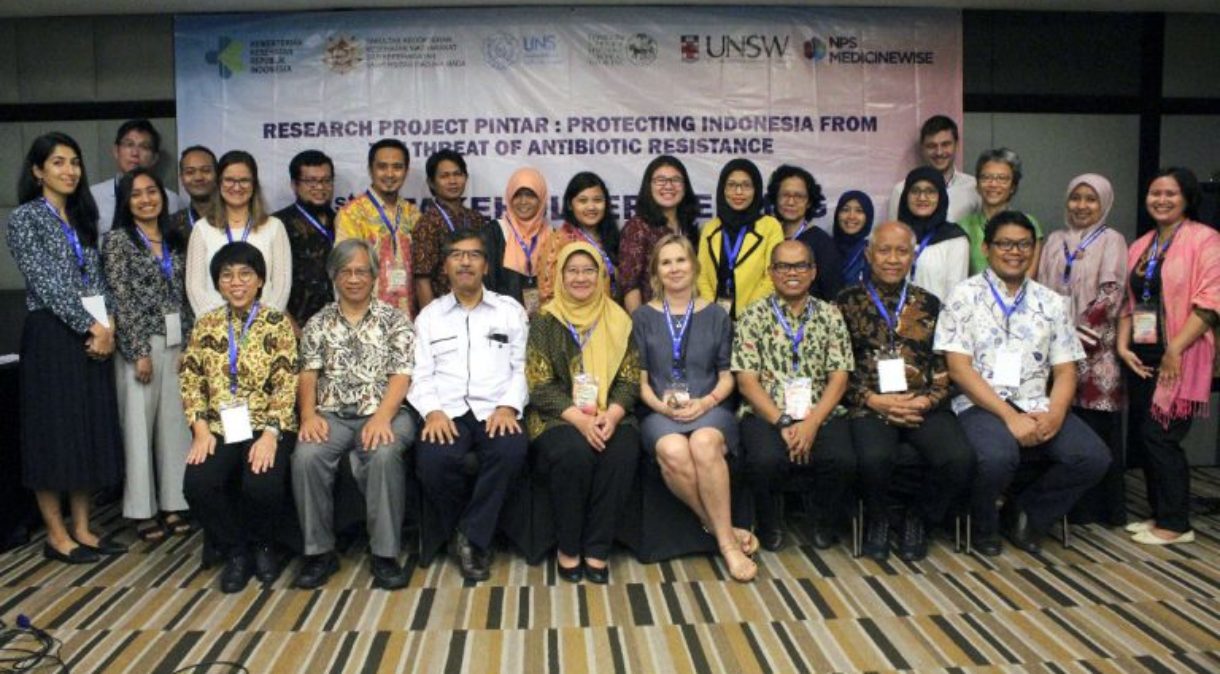 Pharmacies and other private drug sellers are the first point of care for mild illnesses in many settings, particularly where people have little money or time to see a doctor and so buy medicines over the counter. In these communities, local pharmacies are preferred also because they are conveniently located, open in the evening, trusted and sell antibiotics without asking for a prescription. A review published in 2019 estimated that three in four requests for antibiotics at pharmacies worldwide end up in the sale of non-prescribed antibiotics.

In Indonesia, as in other parts of Asia, inappropriate dispensing of antibiotics at private pharmacies is common against the backdrop of a growing pharmaceutical market. Antibiotics and other Western medicines were introduced in the Dutch colonial period. After independence, the pharmaceutical sector took off in the 1970s when Suharto’s government embraced economic liberalisation, opening the country to foreign investments. In this period, more than 30 international pharmaceutical companies established operations in Indonesia, and generic products began to be manufactured locally. In the 2010s, the government has implemented several pricing policies to make generic drugs more affordable; as a result, the sales of antibiotics have soared as well as the number of pharmacies and other drugstores.

Today, Indonesia’s 270 million population is served by approximately 130,000 private drug sellers. This is a complex and dynamic business sector which includes big retail chains such as Kimia Farma Apotek and a large number of independent shops. These consist of licensed pharmacies, drug shops of various size and shape, and an estimated 90,000 unlicensed grocery stores which also sell some medicines. By Indonesian law, antibiotics can only be sold by a pharmacist after presentation of a prescription and drugstores are not allowed to sell antibiotics. Yet inappropriate dispensing and poor consultation practices in the private sector are still widespread amidst concerns with increasing rates of antimicrobial resistance.

PINTAR (Protecting Indonesia from the Threat of Antibiotic Resistance) is an ongoing research project which aims to gain a better understanding of interactions between providers and customers at private drug sellers in Indonesia and to develop interventions to improve antibiotic dispensing practices.

Formative research for this project primarily relied on unannounced standardised patients (also known as ‘mystery clients’ or ‘simulated patients’). A standardised patient refers to an individual who is trained to interact with healthcare providers, simulate clinical symptoms, and report back the details of the interactions and observations against a pre-defined checklist. Data collection was conducted in 2019 in the West Java and South Kalimantan provinces to capture diversity in terms of rural and urban location, type of private drug sellers and socioeconomic status.

The project is led by the University of New South Wales in Australia in collaboration with Indonesia’s University of Gadjah Mada and Universitas Sebelas Maret, Indonesia’s Ministry of Health and the London School of Hygiene and Tropical Medicine in the UK. It is supported by a grant from the Department of Foreign Affairs and Trade in Australia under the Australian Government’s Health Security Initiative.

More information and updates are available at www.pintarstudy.org.

Written by Marco Liverani (on behalf of the PINTAR team)